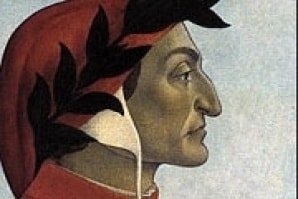 By Pankaj Mishra
(Bloomberg View) – Last week, the global revolt against metropolitan elites achieved a stunning result: Brexit. George Orwell once described England as “a family with the wrong members” – he called them “irresponsible uncles” – in control.
In a deeply fractured country, flourishing London was isolated as a majority of voters left behind by globalization in England and Wales opted to take back that control, just as the catchy slogan of the “Leave” campaign had exhorted.
QuickTakeWhy Britain Voted to Leave the EU
Time alone will tell, as markets crater and the U.K. reels through panic and fear towards fragmentation, what exactly this wing of the family has seized control of. For now, we should urgently examine the historical role and recent conduct of the peculiar uncles they’ve spurned.
That British leaders have been irresponsible, self-serving and ham-fisted is hardly in doubt. Surrendering to tabloid crusades, British Prime Minister David Cameron made patently false promises about controlling immigration. He then gambled on a referendum of world-shaking consequence in order to silence some pesky dissenters in his own party. Hoping to replace Cameron after Brexit, Boris Johnson rapidly moved from being the pro-European Union mayor of London to fueling Europhobia.
Just a month ago, these politicians were jointly stoking anti-Muslim bigotry in the world’s most multicultural city in an attempt to get a fellow Etonian elected to Johnson’s old job.
Together, these schoolboy frenemies have now condemned their country to irreversible decline and isolation while unleashing the demons of racism and chauvinism.
Their folly bears a larger significance in our age of anger against self-seeking elites. Today’s much-hated “establishment”
in politics, business and media – identified with traits such as self-interest, cleverness, wit and agility in debate – is as much Britain’s special export to the world (British journalist Henry Fairlie actually coined the term), as global capitalism and parliamentary democracy.
It seems appropriate today that quintessentially English public schools such as Harrow and Haileybury run branches in Asia’s rising countries, offering to manufacture globally a self-assured and eloquent ruling class. For the original establishment figure was trained on English playing fields to run a global empire.
Abandoning India during its catastrophic partition in 1947 and hastily retreating to their small island, British elites may have come, as Paul Scott wrote in “The Raj Quartet,” “to the end of themselves as they were.” Certainly, for decades, post- imperial Britain seemed to be slowly shrinking into irrelevance with its self-inflicted economic troubles.
But Margaret Thatcher’s radical individualism, based on the curious idea that “there is no such thing as society,” made an improvising ruling class look like ideological innovators.
Financial globalization, accelerating throughout the 1990s, and the advent of Tony Blair’s “Third Way” boosted this myth of Britain’s economic and intellectual resurrection. In one of the most successful branding exercises of our times, dreary old post-imperial Britain mutated into “Cool Britannia,” the leader of a new global culture that daringly mixed creative classes with businessmen, journalists and technocrats in the world’s metropolises.
In this constellation of British soft power, the Financial Times and the Economist, two London-based periodicals, came to shape opinion among Davos Men globally. It did not seem to matter that the social contract was unraveling in England’s deindustrialized North, or that the region’s inhabitants increasingly felt that there was no such thing as either society or state. For Britain’s hubs of global financial and ideological flows – the City, the London School of Economics, Oxford and Cambridge universities – were located within a 50-mile radius.
The world’s densest concentration of oligarchs, as well as a supporting infrastructure to help them spend their money, could be found in a single London borough.
Given this proximity, and inbreeding among political, financial and media elites, the now much-derided London “bubble”
formed naturally. For many on the European continent, an England in rapid physical and moral decay may have been represented by its xenophobic tabloids and football hooligans – the kind who chanted “We are voting out” the week before Brexit while assaulting French police in Marseilles.
To many people around the world, however, Britain was still Winston Churchill, the Beatles, Downton Abbey, Harry Potter, the royal family and London’s smooth-tongued PR men. Neocons and liberal hawks in the U.S. counted on the fluent Tony Blair rather than the inarticulate George W. Bush to sell the preemptive assault on Iraq. Members of the British establishment went on to offer their services as expert imperialists during the country’s occupation, with predictably disastrous results.
Since then, the signs of opportunism and recklessness among the self-perpetuating British elite have multiplied. Blair moved from forging democracy in the Middle East to advising African and Asian despots. Impatient to bomb Libya, Cameron was quick, as U.S. President Barack Obama has pointed out, to walk away as the country imploded into jihadism.
Brexit represents, on this scale of crime, a collective suicide bombing. This is how the first globalized elites came to the end of themselves as they were, condemning their own country to disintegration and collapse.