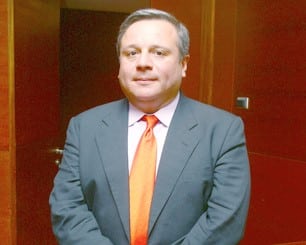 Only a few years ago, Grexit was one of the main topics of discussion. In the end, Greece remained in the EU, but Great Britain did not. As one of the largest contributors to the EU budget, its departure will be sorely felt.

Managing partner and the head of research at BCP Securities LLC.

On a net contribution basis, the United Kingdom was ranked second. England, particularly the London metropolitan area, is rich, and it was not in need of EU development funds. Most this money went into the more under-developed regions of Wales, Ireland and Scotland. Therefore, it’s surprising that Britain still opted out of the union. Nevertheless, there are several reasons why so much of the electorate felt threatened by the EU.

Many of these reasons have been discussed ad-nauseam, such as the effects of globalization and the Conservatives’ ill-disposition towards Europe. However, two themes have not been addressed to the same degree. The first is the personal ambitions of EU bureaucrats and the de-institutionalization created by social networks.

Most organizational constructs are designed with the best intentions. The problem is that the personal ambitions of the individuals managing the organizations get in the way, leading to the failure of the institutions. This has been the case across different forms of governments, economic structures and religions. It has also been the case with the EU. The blinding ambition of European bureaucrats has been disastrous.

One of the main problems has been the unchecked eastward expansion of the EU. The collapse of the Soviet Union created an opportunity to absorb a clutch of Central European states that always acted as a natural buffer between east west. In 1990, as the Soviet Union was collapsing and Germany was in the process of reunification, the west promised Moscow not to expand further to the east. Not only did NATO break this promise, but the EU quickly took the opportunity to do the same.

The process was abated by the burning desire of these countries to break free of Russia’s choking embrace. However, Europe ended up absorbing countries that did not fully share its common history, culture and values. Poor and desperate, millions of Eastern Europeans decamped for Western European capitals seeking new opportunities. This was not part of the original EU mandate. When the first signatories agreed to the free flow of labor, they were referring to Western Europeans.

Nevertheless, one of the main beneficiaries of an enlarged union was the bureaucrats who were responsible for managing the regional organization. Their overall mandate and budget, along with individual perks and opportunities, expanded. Soon a deluge of desperate people, who lacked Europe’s common identity, invaded the west. They arrived on top of the massive migration that was already underway, as individuals from former colonies also sought their fortune in the prosperous capitals of Europe.

To make matters worse, EU bureaucrats decided to meddle in every little detail of daily life. EU restrictions and regulation permeated deep into the lives of millions. Every day, the EU became more of a centralized republic ruled from Brussels. The EU capital became a bastion of elites, driven by private chauffeurs and feted in grand palaces. Senior bureaucrats, such as Jose Manuel Barroso and Jean-Claude Junker, became the pawns of special interest groups, as they feathered the beds of their own careers.

Another major reason for Brexit has been the growing power of social media. As we learned during Arab Spring and the Ferguson Riots, social media has an incredible capacity for dis-intermediating institutions and aggregating common causes. But, there is also an accountability issue at stake. Social media has become a bloody pulpit that can be used to disseminate messages that appeal to the lowest common denominator, without having any accountability to reality or facts.

Furthermore, it can create the illusion of a community when none exists. One of the ways it does so is by a phenomenon typically called by FOMO. Any parent of teenage children knows very well the problems associated with the Fear Of Missing Out (FOMO). Through the use of pictures and 15 second video clips anyone with access to social media can create an illusion of paradise. A gathering of three kids in a parking lot can be made to look like the most raging block party, with thousands of people having the best time.

The same is happening with politics. Open drunks, like Nigel Farage, can make a senseless soundbite appear like the erudite voice of reason. The fact-checking process of the press is gone, along with the rectitude and protocol of traditional politics. Unfortunately, Brexit is a prelude of what lies ahead. The general frustration with political elites who are more focused on their own ambitions and the demagoguery offered by social media is leading to unexpected outcomes, such as Brexit and the rise of Donald Trump.