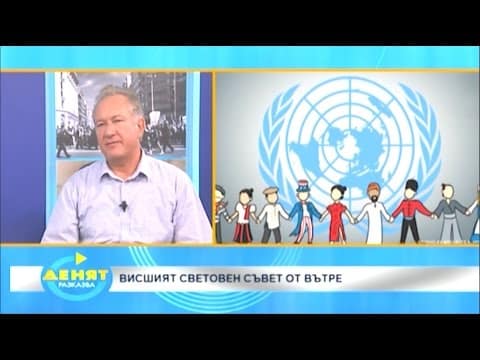 There are two obstacles for the expansion of the Security Council – the reluctance of the permanent five (P-5), and the divided opinions among the rest of the UN member states. The first can be overcome by asking the new permanent and renewable members in the Council to pay more, and thereby to reduce the burden of financial contributions of the current P-5. The second obstacle can be overcome by innovating a flexible model taking into account all individual ambitions and the interests of regional groups.

Nothing is impossible, in 1963 four out of the P-5 initially disagreed with enlarging the Council, but after the General Assembly reached a two-third majority in favor, all P-5 ratified the expansion. In 2005 two models ‘A’ and ‘B’ of expansion were proposed; this was a fine imaginative exercise, but a practical non-starter for a global agreement. Since 2008 the Inter-Governmental

In 2015 text-based negotiations were proclaimed as a big breakthrough, but it is not clear how a huge number of proposals, many of which remain contradictory, could ever be negotiated into a single coherent set of recommendations.

Instead of asking all states to make proposals and demanding that everyone agrees with everyone else – an impossible global marriage – a better method would be for a pro-active coalition to offer a new model converging the interests of various states and groups.

One such attractive model is 8 + 8 + 8: the Council consists of three categories – 8 permanent, 8 renewable and 8 non-renewable members. The total number of 24 conveniently allows each country to be a President of the Council once in 24 months. 8+8+8 has a double meaning as the renewable seats in the second category are for 8 years, so the members in this category serve 8 + 8 + 8 or more years in the Council.

The other 8 seats remain as two-years non-renewable, and because many big countries move out to other categories, small countries in this model would face less competition and more frequently be able to get a two-years membership on the Council. The European and African countries also enjoy the permanent collective representation in the EU and AU seats, thus feeling less the need to knock frequently on the door for two-years membership.

India, Japan and Brazil get permanent seats, but in turn declare no interest to use the veto, showing a positive example to the old permanent members. Germany, Italy, South Africa, Nigeria, Egypt enjoy not only longer renewable seats, but also strong influence in the two regional seats (EU and AU) getting certainly a much improved status from the current one, where they only have the option of two-years non-renewable seats.

Britain and France have shown a strong understanding of the need for the Security Council reform; and after being permanent members for 70 years, they would retain their seats in the next 24, 32 or more years, and after that will have the choice to stay longer or take a break and save money. In fact 8+8+8 would increase, not reduce British and French voice in the Council, as in addition to their individual seats they will also have a major say as part of the EU seat.

To smooth the process there would be a 16 years transitional period. If the model is adopted by 2019, from 1 January 2020 Britain, France, Germany, South Africa, Nigeria, Pakistan, Argentina and Italy for example would become the first new-category members for 8 years. In 2028 four countries, for example Egypt, Indonesia, Mexico and Canada would replace the last four countries in the new category .

In 2036 the transitional period ends, and 8 members would be elected out of 16. In addition to the 12 countries listed above one can think of South Korea, Turkey, Australia (maybe jointly with New Zealand?), possibly even a collective seat for ASEAN etc. This does not need to burden our minds today, as the list could be decided in 2035. After that, every 8 years elections are held in the General Assembly to choose 8 among those willing to apply or re-apply for renewable membership. Naturally, some may decide not to run every time and save money, therefore the actual competition may not be fierce. I would think that applying countries probably would have a strong chance – 70% or 75% – to get the seat.

The 8 + 8 + 8 model is win-win, it serves the interests of all, including small states. When 19 big countries (3 new permanent + 16 renewable) move away from the competition for the two-years non-renewable seats, the small countries receive more frequent seats. The new model matches and even exceeds the expectations of all current groups. The G4 gets what they want, Brazil, India and Japan become permanent, and Germany becomes a long-term renewable member which can easily be in the Council in the next 32 or 40 years, and this is in addition to its strong influence in the EU permanent seat, effectively doubling its voice.

Africa gets more than what at the moment it asks for, it receives a permanent seat for the AU plus one or even two between South Africa, Nigeria and Egypt being at any time in the Council. Importantly, the model presents an excellent solution to a huge current problem that Africa faces within its own demand to name two permanent members once and forever.

Asia receives two new permanent seats (India and Japan) and plenty of long-term renewable seats – Indonesia, Pakistan, South Korea, Turkey, and possibly a collective seat for ASEAN. This means more power for Asia than any other proposal made so far, filling the gap in the Asian representation in the Council. The same is valid for Latin America, which receives a permanent seat for Brazil, and with Argentina and Mexico rotating in membership every 8 or 16 years this effectively means a second constant seat, therefore more representation for Latin America than any other previous proposal.

The Organization of Islamic Co-operation is also well represented with Egypt, Indonesia and Turkey in the renewable longer-term seats. Everybody wins! Crucially, the USA, Russia and China lose nothing, they remain full permanent members and the only change is that they will pay less after a large new group of contributors joins the Council. The model can be revised in 2045 at the centennial anniversary of the UN to reflect the world at that time.

Skeptics may ask how will the regional organizations vote in the Council? Well, the permanent seat comes with a challenge, but this is a constructive challenge, one that will help the AU and the EU to integrate and fulfill their own promise to build common security and defense policy. The AU has its Peace and Security Council and the EU has its Foreign Ministry, not so different from other Foreign Ministries in federal states. These organs should be able to figure out how to vote, let’s put some constructive pressure on them. The 8 + 8 + 8 model will be therefore instrumental not only for the UN, but also for the AU and the EU internal harmonization.

As Einstein reminded once, one cannot expect to resolve a problem by approaching it again and again with the same method that previously proved ineffective. It is high time to think creatively. A balanced, flexible, simple and attractive model, such as the 8+8+8 presented above will challenge states to agree or to raise objections. Silence will mean lack of objections and the proposal goes to a vote in the General Assembly aiming at two-thirds majority of 129 votes.